Tiwalade Ibirogba Olulode is a British born Nigerian actress and playwright.
In 2013, Tiwalade was accepted at the American Academy of Dramatic Arts in New York, graduating in April 2015. It is here that she was inspired to write and finish her first play “RUSH” that focuses on five characters, exploring mental illness and the effects on young people today.
She then went to Lagos, Nigeria where she had the opportunity to work on different projects; her play titled ‘E-VER-RY-DAY’ was taken on by Oxzygen Koncepts, a theatre company located in Freedom Park.
She also had the opportunity to work on TV and film. Starring in a short film titled ‘Tram 83’, directed by Ifeoma Fafunwa and popular TV shows such as ‘Highlites with IK’ and ‘FACE OFF’.
On returning to the UK, she got taken on to the National Youth Theatre which then led her to being a young actor with The Lyric and Almeida theatres. She is excited to continue building and developing her craft. 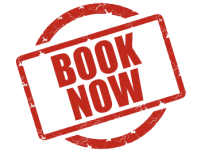 Pentire Street Productions is a registered company limited by shares.